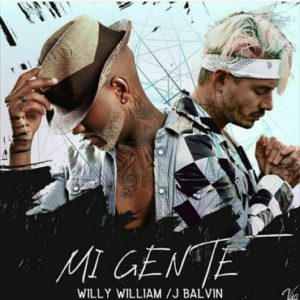 J Balvin and Willy William‚Äôs ‚ÄúMi Gente‚Äù has reached the No. 1 spot on Spotify‚Äôs global chart, replacing¬ÝLuis Fonsi¬Ýand¬ÝDaddy Yankee‚Äôs ‚ÄúDespacito,‚Äù featuring¬ÝJustin Bieber, which spent 14 weeks at the top and now drops to No. 2. ‚ÄúMi Gente‚Äù reached 4.3 millions streams (Aug.) and becomes the first fully Spanish song to be the top of the chart, reports Billboard.

‚ÄúWe are making music for the human race and even beings from other galaxies are welcome to vibe with us,‚Äù Balvin said of the song’s global popularity. Willy William added: “For a French producer to make it to the very top of the Spotify global chart in just 4 weeks is a magical feeling. I am so thankful that ‘Mi Gente’ was able to reach so many people all over the world.”

On the¬ÝBillboard¬Ýcharts, the single – released just four weeks ago — has so far peaked at No. 2 on Hot Latin Songs (Aug. ).‚ÄúWith ‘Mi Gente’‚Äôs new #1 milestone, it‚Äôs safe to say that Latin music is not just having a moment, but solidifying itself through a new wave of genres, styles and cultures,‚Äù added Rocio Guerrero, Spotify‚Äôs head of Latin culture, shows & editorial.