The members of Confianza events team have taken part in organization of such events as: 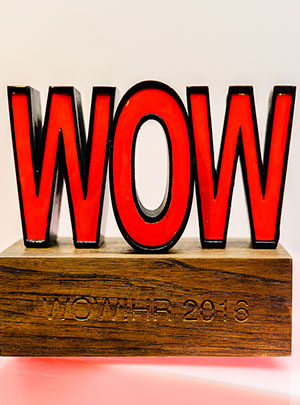 The purpose of the Award is to recognize the most outstanding corporate solutions in such spheres of business as communication, HR, architecture of corporate culture and business processes. About 26 cases demonstrating unconventional business tools were presented for 6 nominations in the framework of the event. WOW!HR creates a venue which enables professionals to share their experience, expertise, ideas and contacts. 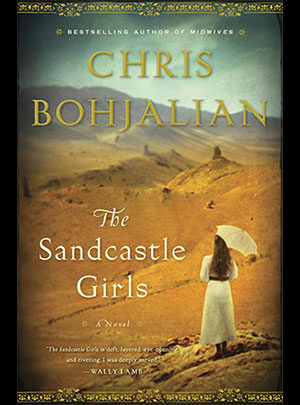 “The Sandcastle Girls” by Chris Bohjalian is a New York Times, Associated Press, USA Today, People Magazine bestseller. The Russian publication of the book, which was meant to commemorate the Centennial of the Armenian Genocide in Turkey, was presented at international book fairs and received hundreds of positive reviews, including those of famous politicians, public figures and literary critics. 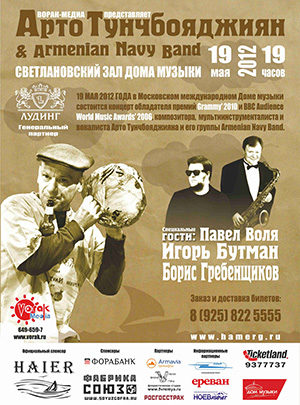 Arto and Ā«The Armenian Navy BandĀ» are popular all over the world and are appreciated not only by general public but also by such prominent jazz musicians as Joe Zawinul, Al Di Meola, Bob Berg, Mark Johnson, Dennis Chambers, Bill Evans, Ed Schuller, Mike Manieri.
Arto and Ā«The Armenian Navy BandĀ» presented a unique jazz impromptu featuring an internationally recognized jazz saxophonist Igor Butman and a musician, poet, lead singer and founder of Ā«AquariumĀ» rock band Boris Grebenshikov for the first time on the stage of the International House of Music in Moscow. The performance was covered by the most popular in Russia sources of mass media.

Benefit performance for an honored artist of the Republic of Armenia Robert Amirkhanyan, Tchaikovsky Concert Hall 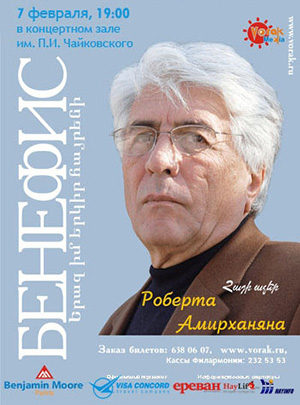 A solo recital of a famous songwriter and instrumental composer, who created soundtracks for 16 feature and 30 animated films, took place in Moscow in 2008. The performance was a complete success and was widely covered in Russian and Armenian mass media. 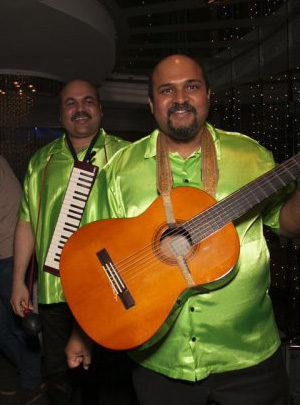 One of the most popular cigar events, which is held in Russia, offers a unique opportunity to meet and celebrate the pleasures of smoking fine, handmade premium brand cigars alongside fellow aficionados and representatives from the cigar industry, pairing these fine goods with premium alcoholic drinks.

More than 2000 training projects on management, marketing, PR and personal enhancement have been implemented since 1998.